The client was the local distributor of an European automotive marque. In 1985 had 62.5% of premium segment brand share and 2.7% total market share. However by Oct 2002 brand share had dropped to 15.8% and market share 0.4% . In addition, it lost money on every car sold.

To design and implement a transformation program that would significantly improve profitability measured by profit per unit sold. 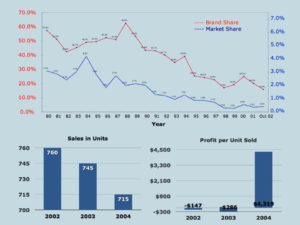 The client was the local distributor of an European marque. In 2001 its European Principal introduced an incentive linked Global Customer Satisfaction Program. Customer satisfaction was measured by a media agency surveying every customer within 7 days of a sales or after sales transaction. The client had very little success in significantly improving sales and after-sales customer satisfaction.

To design and implement a sustainable customer satisfaction program. 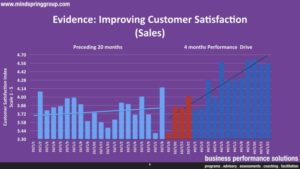 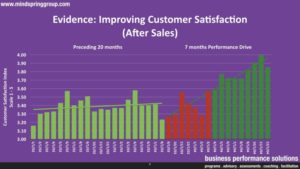